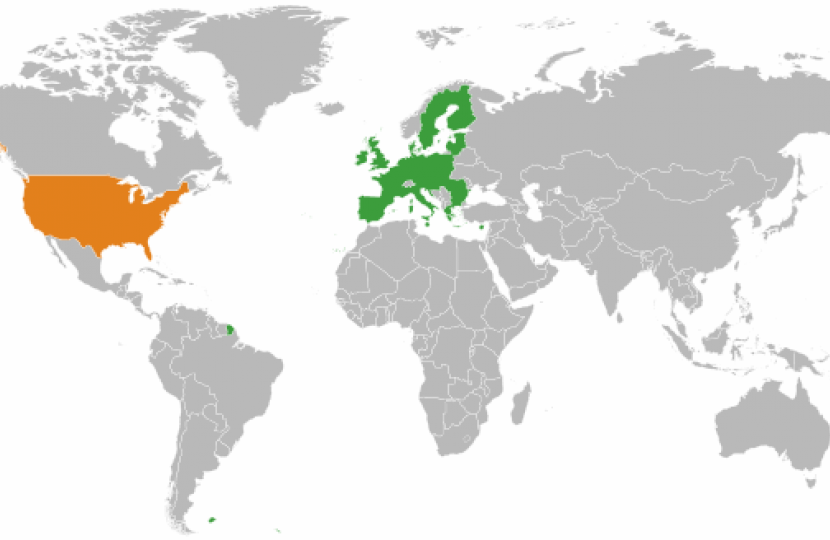 We must ensure that any negotiation do not undermine the sovereignty or autonomy of the UK, or indeed, any other European nation involved with TTIP negotiations.

Negotiators from the United States and the European Union have confirmed that it will continue to be for EU member states to make decisions about whether and to what extent they involve the private sector in the provision of public services. The EU's chief negotiator on TTIP has stated that EU countries will continue to be free to decide how they run their public health systems. A letter from the EU trade Commissioner, Celia Malstrom, to the former UK Trade Minister, Lord Livingston, confirming this is published here:  http://trade.ec.europa.eu/doclib/docs/2014/july/tradoc_152665.pdf

I can assure you that the trade deal is not about weakening existing laws or standards, including those around the motor industry. The agreement will aim to identify where unnecessary regulatory differences overlap and exist so that mutually recognised rules, standards and testing procedures can be agreed to make trade easier. Where this isn't possible, other solutions will be sought. For example, if separate EU and US tests must still be carried out, it may be possible for the same testing facility to carry out both tests.

Any investment provisions included in TTIP will strike the appropriate balance between protection for UK investors abroad, and ensuring the Government is not prevented from acting in the public interest in areas such as public health or private industry. This partnership would be the largest bilateral trade agreement in the world and would bring significant economic benefits in terms of jobs and growth, with the potential to deliver £10 billion to the UK economy each year.

I would like to assure you that I will be keeping ongoing negotiations under review and although I am unable to make the debate tomorrow due to other longstanding parliamentary commitments.