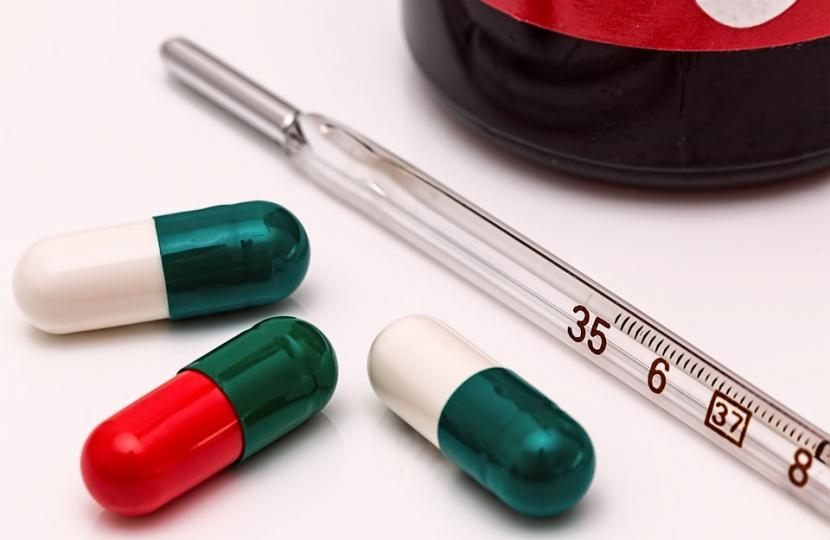 I know what you might be thinking “typical politician, grabbing a sensational headline to terrify the public”. But the headline reflects the devastating conclusions of the Review on Antimicrobial Resistance (AMR), completed in May 2016. The review compiled evidence from some of the world’s leading scientists, academics and economists and was chaired by former Treasury Minister, Lord O’Neill. The report predicts that, as bacteria become gradually more resistant to antibiotics, 10 million lives will be lost annually by 2050, exceeding cancer deaths, and a very similar number due to the Black Death when upwards of 75 million lives were lost between 1346 and 1353. As a proportion of world population, the AMR risk is much smaller, but as the report concludes, the figure could be lower or higher.

Of course, we have had predictions of possible health contagions before, Ebola, Zika, HIV, CJD, for example, most of which our scientists, academics and clinicians have managed to mitigate. But this is not simply an apocalyptic prophecy; antibiotic resistance is already responsible for the loss of 700,000 deaths globally and an estimated 12,000 every year in the UK, comparable to the number of lives taken by breast cancer. If the bacteria that cause infections are resistant to antibiotics, quite simply, people die.

Antibiotic resistance, just one form of AMR, happens naturally as bacteria compete in an eternal battle of survival but the process undergoes extreme acceleration by the use, and particularly overuse of, antibiotics. Antibiotic resistance spreads as bacteria move around on planes, in our water and on the four winds, and through people who can pass the resistant bacteria to others; for example, by coughing, sneezing or on contact with unwashed hands. Most studies also confirm that resistance can move easily from animals to people, the essence of the excellent storyline in the BBC Radio 4 drama ‘Resistance’ http://www.bbc.co.uk/programmes/b08g7y1l .

Bacteria do not respect national borders, so global action is required. You might expect that international research spending would be in the order of the $100bn spent on cancer research, but you would be wrong. Many large drug companies have pulled out of antibiotic research completely as the commercial returns are virtually non-existent. New drugs are held back as a last line of defence for as long as possible, by which time they may be nearing the end of their patent.

The O’Neill review makes some clear and compelling recommendations – principally a levy on drug companies who don’t invest in research, a rapid diagnostic test before an antibiotic is prescribed, a global public awareness campaign and the reduction of use in agriculture. The UK is a world leader, in words and action, in this important debate, but we need to do much more, a point I made to our health ministers in the Westminster Hall debate on Tuesday 7th March.