We need a new system to fund social care 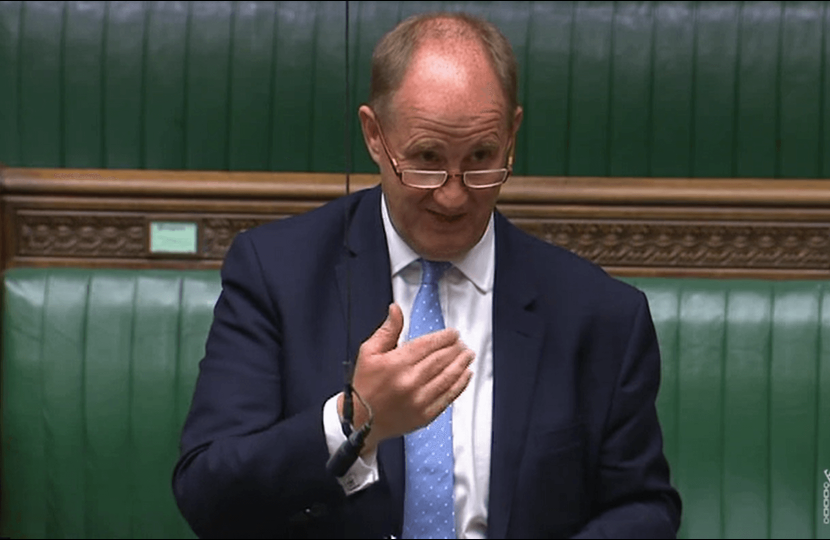 Today I called for a cross-party approach to the funding of adult social care. Speaking in the Departmental Estimates debate I said that there is simply not enough money in the system to provide for our future needs especially those involving children’s services and social care, which is amongst the greatest challenges faced by North Yorkshire County Council. I made the point that “We have some massive challenges ahead that we will all have to accept: the cost of healthcare that we are going to provide; the cost of pensions that we are going to have to provide; and the costs of social care. As things are at the moment, all this is going to land on the taxpayer. It does not seem feasible that that situation can continue, particularly in the area of social care. We know there is a funding gap for local authorities of about £3 billion, which will rise to about £8 billion within five years, according to the Local Government Association (LGA).”

As a member of the Housing Communities and Local Government Select Committee I have urged the Government to adopt a system that emerged from a joint inquiry with the Health and Social Care committee which recommended a solution similar to the one adopted by the Germans in 1995 when they realised that their current funding formula was unsustainable. I told the House that in this system “everybody pays a small amount — just over 1% of people’s earnings, and the employer also pays 1% — into a private insurance system. The insurance companies are not for profit — nobody makes any money out of the system. The levies are settled nationally, and the system also covers people with learning difficulties and disabilities. The system is simple and sustainable. Everybody pays a small amount so that nobody has to pay everything. That is the fairest part. The system must be mandatory — that is the key — so that everybody puts some money aside even when times are tough. There is a threshold for people on low incomes, but the system means that people properly prepare for the future.”

I argued that the current funding formula does not work and is, in any case, unfair to the North where, for example, North Yorkshire County Council has about 30% less spending power compared with some London authorities. I believe that governments of all political persuasions have struggled to balance the books and that it is not possible to keep spending more that we are getting in. The harsh reality is that we either we find a new way of doing this, or local authorities will provide many fewer services in the future.

In response, Local Government Minister, Rishi Sunak MP said that he agreed that it is incumbent on governments to balance the books and that this Conservative government had inherited a very “difficult set of circumstances” and “difficult decisions had to be made”. He said that he hoped that the Secretary of State, James Brokenshire MP, would be giving good consideration to the joint work of the two select committees on a social insurance model.

Helmsley will continue to have banking provisions following Barclays closure

As residents will know, I have previously made clear Helmsley cannot be left without banking provisions before the bank closes its doors next month.I'm pleased to inform constituents that a Barclays cash machine will remain in the town in the regular branch location until a new is location found.