When the going gets tough, the tough get going – looking back over a challenging year 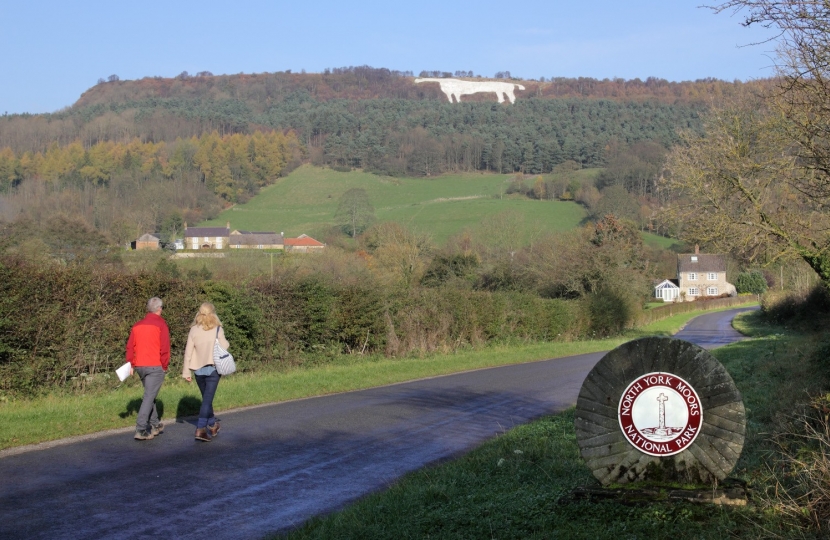 Politics, this year, has had more twists and turns than some of the country lanes in my constituency. As we prepare to hang up our Christmas stockings, it’s as good a moment as any to take stock of how far we have come on our journey.

The Prime Minister and her team have successfully led us over all the many hurdles to the second stage of the EU negotiations, so that we can effectively start trade negotiations in the New Year. But, just as we thought her perseverance had paid off, the Government was narrowly defeated in the House of Commons in an amendment which means that Parliament will have a vote on the final deal once it is agreed with Brussels. To my mind, this is a big mistake. I attended the entire debate last week during which I made the point that offering Parliament this opportunity effectively to veto the final agreement gives the EU an incentive not to give us a good deal. After all, they are desperate for us not to leave and this, indirectly, provides them with a way to derail the whole process. I still believe that we will get a good deal with the European Union, although the Government’s job is unnecessarily tougher.

If we look back at other political eras in our lifetime there are plenty of examples of turbulent times that we have lived through, solved and from which we have gone on to better times. The winter of discontent, the miners’ strikes, the poll tax, Black Wednesday are just a few which spring to mind. There can be no doubt that this is one of the most crucial decisions of our lifetime, and the next 15 months will be tough, frustrating and unpredictable. Rest assured that the Government is determined that we will honour the will of the British people, that we will leave the EU and that Britain will be strong and prosperous afterwards.

Some people have suggested that Brexit has been such a major distraction that the Government has been diverted away from its other responsibilities. This is not true. Unemployment is now at its lowest rate since 1975, currently standing at 4.3 per cent – down 0.4 per cent over the past year and down 3.5 per cent since 2010; there’s more money for the health service with an additional £2.8 billion of funding including £350 million to address pressures this winter and £1.6 billion next year; schools are receiving an extra £1.3 billion in funding over the next two years. In the recent Budget, the Chancellor promised to deliver 300,000 much needed homes a year, as we desperately need more new and affordable houses; 31 million people have had their income tax cut with a typical basic rate taxpayer paying over £1,000 less income tax than when we came into government. There are proposed new measures for young people such as help to buy their own homes and to save for their retirement, and new proposals on climate change and animal welfare.

Locally, we have had some great successes too. We are closer to securing the much needed upgrade to the A64 as Highways England adopts a new direction, recognising that improvements to the Hopgrove roundabout, alone, is not enough. I will continue to work with my colleagues, ministers, the Secretary of State and the A64 Partnership group to ensure we secure the money needed for the work to be completed by 2023. The Government has announced £400m investment in new road and rail links to connect the cities of the North and, in its industrial strategy, it has committed to redress the balance between spending in the North and the South – something for which I have been campaigning since I entered Parliament. My Ten Minute Rule Bill on Guardianship became law in the summer. Dubbed Claudia’s law, after Claudia Lawrence who went missing 8 years ago, it enables family and friends to take control of the missing person’s finances after two months to avoid further distress. I introduced a Private Members Bill in the House in September which, once enacted, will give two weeks’ financial support to parents who have lost a child. There’s more money for local schools so that every child has access to a good education, and, following confirmation of Outwood Grange Academies Trust as the new sponsor for Easingwold, the school is going from strength to strength. Following my campaign to increase the number of officers allocated to crew the new Tactical Response Vehicles, North Yorkshire Fire Authority has said there must be a minimum of four in attendance. We’ve made progress on broadband and mobile connectivity and I will continue to campaign to ensure everyone, wherever they live in the constituency, has superfast broadband and good mobile coverage. The campaign to keep the former Lambert hospital for public use is gaining momentum and I am confident that we will be successful. Christmas came early last week when we heard that Filey is to be included in the route of next year’s Tour de Yorkshire for the very first time, along with many other towns and villages in the constituency. This is all good, positive news. I will continue to take up issues on behalf of my constituents, whether they are supporters or not, and my door is always open to anyone who needs my help.

It has not been an easy year. There is no point in pretending otherwise, but we are moving in the right direction and there is light at the end of the tunnel. Imagine for a moment, if Jeremy Corbyn was our Prime Minister. Labour has no clear vision on Brexit and vacillates between being in or out of the Single Market and the Customs Union, depending on which day of the week it is; they are going back on their commitment to end free movement of people with an ‘easy movement’ pledge, which could mean anything at all; they all voted to undermine Brexit by supporting the amendment to allow Parliament a say on the final deal – all of which would play straight into the hands of EU negotiators which, in turn, would mean we would not get a deal in the UK’s interests or, most likely, no deal at all. Whilst all this is going on, they would spend, spend, spend whilst refusing to say what the final bill would be or how it would be paid. All this is too grim a picture to contemplate.

2018 must be a year when we all pull together. I urge you to support our Prime Minister who has been resilient and tough in extraordinarily challenging circumstances. I’d like to take this opportunity to thank you all the support you have given me throughout the year. I was honoured to have been re-elected to represent you again, in June, and I promise to do everything I can to deserve the trust you have placed in me.

May I wish you a very merry Christmas, a happy and healthy New Year.