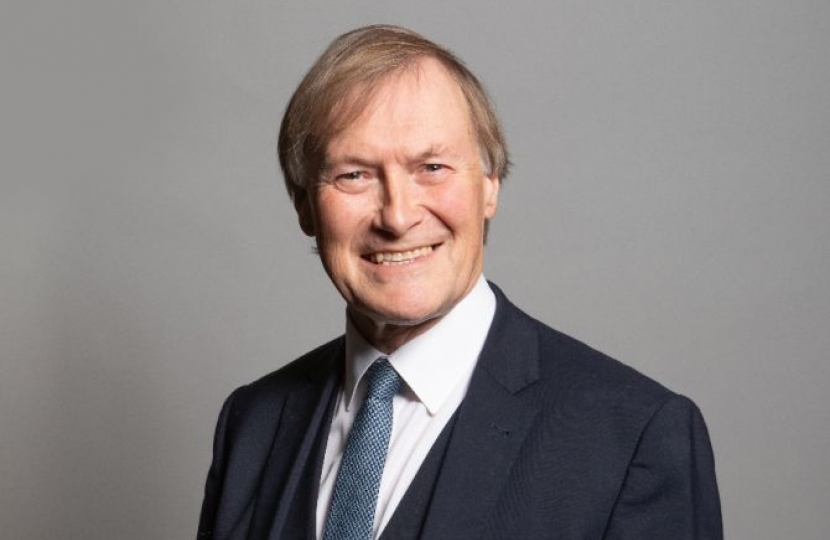 ‘Wonderful and Inspiring’, the chosen words of Sir David’s family describe him perfectly. I came to know David pretty well for a relative newbie as fellow occupants of the offices on the third floor of 1 Parliament Street. He alone made that floor the best place to be in Parliament, not least due to the wonderful and inspiring drinks parties he held in the amazing part-exhibition, part-menagerie, part-office.

Being an inspirational person is a gift from God, but David was, in every sense. He didn’t need others to fail to make him look better, he wanted everyone to succeed, so much so that he was more than willing to stand at the bottom of the greasy pole and let others stand on his shoulders. Words of encouragement were easy, genuine and specific and often directed through others, people he knew would pass them on.

He always spoke so fondly about life in Westminster, although he did so wistfully of the cross-party companionship and camaraderie that came with the much longer parliamentary hours of previous decades. For David, politics was about people, other people.

Although not old enough, he was very much a father figure to me and many others. Quite right that he would have made a wonderful Father of the House. He was one of those people that you felt comforted to have with you at those times in the political trenches when you’re about to go ‘over the top’.

Given all this, why David? I guess the only answer to that is that it took a tragedy of this scale to give a defibrillator-like shock to the heart of British politics. It has become toxic, not just between members of opposing parties but sometimes also within them, particularly on the most contentious political issues of the day. People who hold opposing views are no longer only wrong, they are also bad, or even evil. I have frequently heard it said that someone ‘could never be friends’ with a person who belongs to another party or who holds another viewpoint. Not only is this ludicrously silly it also increases the toxicity of media commentary and the Twittersphere. We are our own worst enemies, I am as guilty as the rest.

Wonderfully, David’s family now wish that his last legacy will be to put aside hatred. This is within the gift of six hundred and fifty Members of Parliament. For those who were lucky enough to know him, Sir David will always be present in the Chamber, perhaps now in the form of one of the benign apparitions at Hogwarts, softly putting an arm round the shoulder of those who have just risen to speak and gently whispering in their ear “Be wonderful and inspiring”.