A brighter future for fishing in Filey 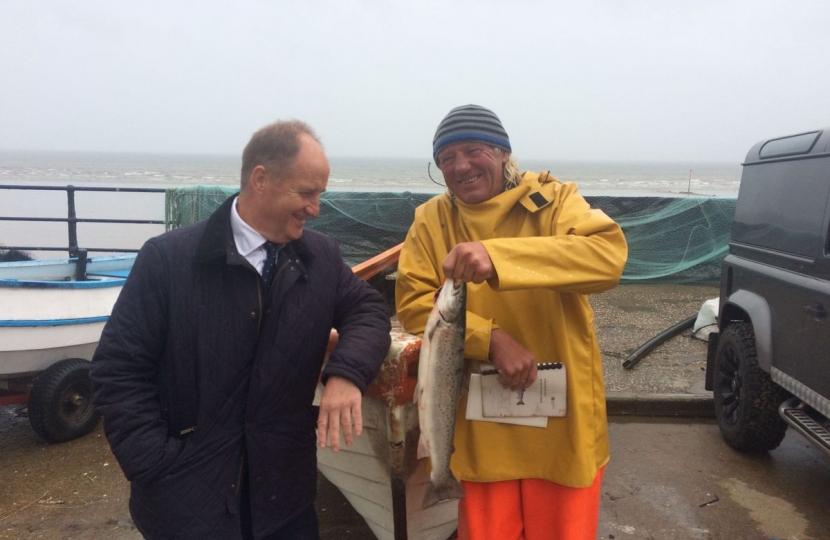 I was delighted when the Environment Agency confirmed in January that fishermen will have an extra two months to fish for sea trout in Filey in 2019. This came as excellent news for this wonderful seaside town. Credit should go to everyone involved; the fishermen and their families for running a constructive, evidence-based campaign, the Environment Agency and Fisheries Minister for their time and consideration and the tens of thousands of people who signed the petition. Salmon stocks will be protected whilst allowing fishing to continue in the town, hopefully for future generations.

The net fishing season will now run from 26th March to 31st July and in August the fishermen will be able to take part in a new pilot trialling a different type of net. If this is successful, it could pave the way for a permanent sea trout fishery in the town.

I had several meetings with the previous Fisheries Minister, George Eustice MP, about the effect shortening the season would have had on local fishermen and its knock-on consequences for the town. The Environment Agency had originally proposed to stop fishing during the months of July and August to protect salmon stocks. However, as very few salmon are caught in Filey nets, I argued that it was unlikely to have had much effect and would certainly have been very damaging for the licence-holders and the town as a whole, which relies on tourism and the fact that it has a healthy and visible fishing industry.

In a letter confirming its decision the Environment Agency told me “The decision is based on an assessment of the best and most appropriate balance between providing protection for threatened salmon stocks and allowing licensed netsmen to continue fishing for sea trout as part of their livelihood”.

I know the news has been welcomed by fishermen, like Rex Harrison and his son, Alex, who were understandably worried about the impact the original changes would have on their ability to earn a living and I am grateful to the minister and to the Environment Agency for listening to our arguments.