Fighting for more money for Thirsk and Malton 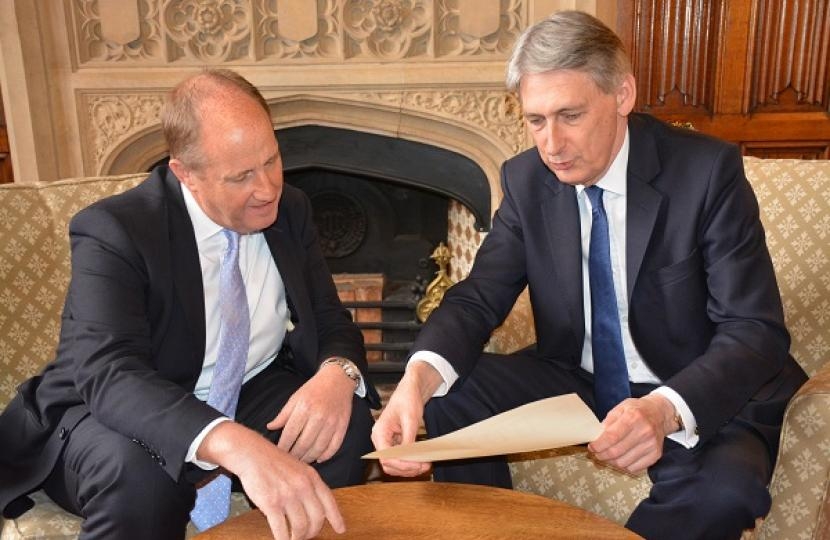 I will always stand up for Thirsk and Malton even if that means occasionally speaking out against government proposals.

Since I was elected I have been campaigning hard for more money for transport in the North which is why I welcomed the £400million investment in new road and rail links to connect the cities of the North as part of the Government’s Industrial Strategy, which I hope will start to redress the spending, per capita, balance between the North and the South.

There’s more money for North Yorkshire Police too. It could receive an extra £4.4m through a £1 increase in Council Tax over the next two years. Meanwhile I am pressing Police Minister, Nick Hurd, for more support towards the cost of policing the fracking protests in Kirby Misperton.

The Government has accepted the case for rebalancing the spending between the north and south in its Industrial Strategy Green Paper from January 2017 https://beisgovuk.citizenspace.com/strategy/industrialstrategy/supporting_documents/buildingourindustrialstrategygreenpaper.pdf - page 113/114 states “….we will take account of the balance of spending per head between different regions when designing future rounds of infrastructure spending.” The Prime Minister confirmed this to me again when I raised it in Prime Minister’s Questions on November 1st 2017.

Of course, we can't just wait for fundamental change so I am also focused on the immediate delivery of local and regional projects:

The investment in railway infrastructure through ‘Network Rail's Great North Rail Project’ will provide better connections between towns and cities in the North. It will enable hundreds more trains to run each day, with more seats and faster services. Projects underway as part of the Great North Rail Project include electrifying key routes across the north west, connecting Manchester's three stations with the new Ordsall chord and developing plans for upgrading the Transpennine route between Manchester and Leeds and York.

The current Northern and TransPennine Express franchises will help, with 500 brand-new modern carriages, room for 40,000 more passengers, 2,000 extra services a week and a host of improvements. This will provide the biggest transformation to rail journeys in the north of England in decades, with the operators overseeing a massive £1.2 billion investment. This will help to rebalance the economy, creating jobs, opportunity and growth, and providing significantly better journeys across the region.

The Department for Transport is also working closely with Transport for the North on Northern Powerhouse Rail, which aims to provide faster and more frequent rail services across the region. The Government has committed £60 million to developing the scheme and is working with Transport for the North on potential route options and their costs and benefits. This analysis is due to be completed by the end of 2017 and I will do everything I can to make sure this happens.

York to Scarborough Road and Rail

Rail: By 2019 there will be significant improvements in the rail service between York and Scarborough with 14 extra trains (13 on Sundays) each way between, making the service half hourly throughout most of the day. Rolling stock will be new or brought up to modern standards and will include free Wi-Fi, improved customer service including on train real time passenger information screens, increased seating and passenger facilities and improvements to ticketing and use of smart technology.

Road: I now fully expect to see the first stage of the A64 carriage (between Hopgrove and Barton Hill) to be dualled by 2023. This follows the Highways England announcement that a dual carriageway will be needed to alleviate traffic problems beyond the Hopgrove roundabout and that previously planned improvements focused solely on the roundabout would not solve the problem.

I have been campaigning heavily for this change and working with MPs Robert Goodwill and Julian Sturdy, the A64 Growth Partnership, which includes businesses along the route together with the York, North Yorkshire and East Riding Local Enterprise Partnership, local authorities, councillors and the York and North Yorkshire Chamber. I also met with the Transport Secretary, Chris Grayling, and other transport ministers to make the case for more funding on a number of occasions.

Highways England has revealed in its feasibility study that all the options under consideration will include a dual carriageway from York to Barton Hill. It will now conduct a more detailed examination into environmental issues, traffic data, side roads and cost before making a recommendation following a consultation period in 2018.

I believe that this section will be delivered by 2023 but we also need a sequential approach to include a further section of dual carriageway, from Crambeck to Malton, and then specific improvements east of Malton such as the Rillington by-pass.

This is not just about the North/South divide, although it certainly doesn’t help, because whilst 9/10 local authorities with the highest spending power are in London, so are 9/10 with the lowest Council tax. So it really is a postcode lottery.

We need to be careful that one unfair system is not replaced by another. We also need to ensure that any new formula is simpler so that people can understand and follow it. I believe we should use nine simple indications, including children’s services, adult social care, highways, fire, area costs, sparsity and density. This would give us a simple, standard, penetrable formula based not on where we live, but on a fair system with fair resources and a fair assessment of the cost drivers where we live.