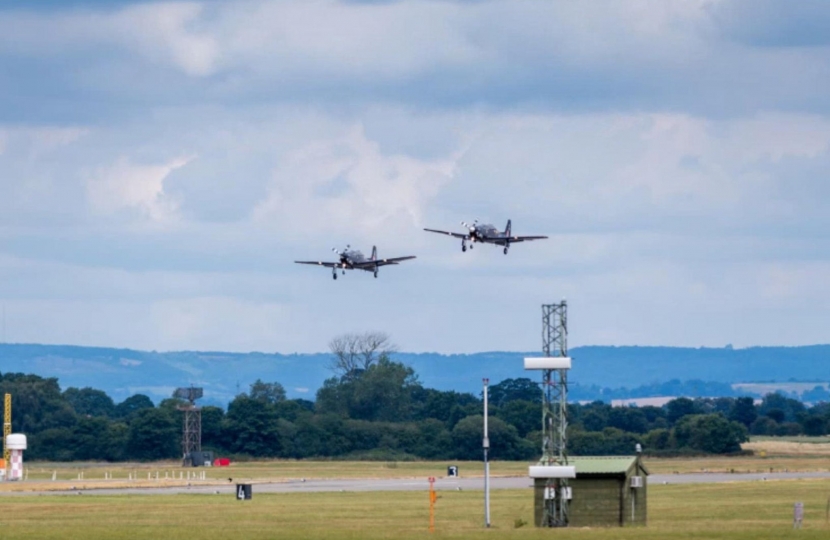 I have written to the Defence Minister to press for an urgent solution regarding the housing situation at the former RAF site in Linton-on-Ouse, after a meeting last Friday with local councillors and headteacher. Linton-on-Ouse has 160 properties currently vacant, with a further 104 houses due to be vacant over the next 12 to 18 months.

In attendance were Mrs Davinia Pearson (Headteacher of Linton-on-Ouse Primary School), Cllr Marc Goddard, Cllr Mark Robson, Cllr Nigel Knapton, and Cllr Malcolm Taylor. During the visit, I was keen to hear the concerns raised regarding the vacant properties in Linton on Ouse, as a direct result of the RAF withdrawal from the base. The MoD are in the process of handing the homes to Annington Homes for management and the impact of this situation on the local Primary School, shop and general mood of the village has been considerable.

As constituents will know, I have been pressing the Ministry of Defence and the ​Secretary of State through numerous means, to push for a resolution to this matter. I urge the MoD, RAF and Annington Homes to engage with the local community and listen to their valid concerns. Following the visit, I will be taking further action on this matter as agreed with those who attended on Friday. I have now written to the Minister for Defence Procurement, Jeremy Quin, to push for an urgent resolution to this matter. The letter is attached at the bottom of this page.