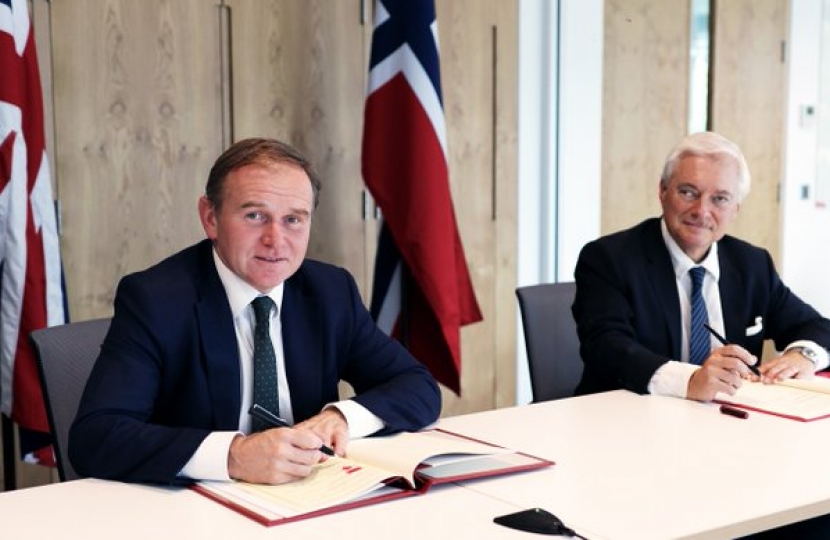 This deal highlights the Government’s commitment to future cooperation in securing a responsible management of our seas and was evidence of how the Conservatives are delivering for coastal communities. The Fisheries Framework Agreement signed by Environment Secretary, George Eustice, and Norwegian Fisheries Minister, Odd Emil Ingebrigtsen, means that the UK and Norway will hold annual negotiations on the issues of access to waters and quotas.

It is a significant step forward as the UK prepares to leave the EU’s Common Fisheries Policy at the end of the transition period in December. Leaving the EU means the UK is able to decide who can access its waters and on what terms, in the best interest of its marine environment and its seafood and fishing sectors.

The news comes as the Fisheries Bill, which confirms the government’s commitment to sustainable fishing for future generations, makes its way through the House of Commons.

This is really fantastic news for Filey fishermen, who are understandably worried about their future. Each year, the UK fishing fleet lands some £32 million worth of fish from Norwegian waters. This year, for the first time in over 40 years, we will be negotiating fishing opportunities as an independent coastal state. It is a clear sign of how, as we leave the EU’s Commons Fisheries Policy and restore the UK’s status as an independent maritime nation, it will be coastal communities like ours which will feel the benefits. As we build back better after coronavirus, I know this Conservative government will put communities like ours in Thirsk, Malton and Filey at the heart of its plans to level up the whole country.

Environment Secretary George Eustice said “I am delighted that a Framework Fisheries Agreement with Norway has been successfully secured. The agreement is testament to our commitment to acting as a cooperative independent coastal state, seeking to ensure a sustainable and a prosperous future for the whole of the UK fishing industry. I pay tribute to our Norwegian counterparts for the constructive approach they adopted throughout these negotiations, and we look forward to working with them closely in the coming years.”

The Conservatives were elected on a manifesto promise to level up communities across the country, not just in towns and cities, but also in rural and coastal areas such as those in North Yorkshire. The Prime Minister has pledged to honour this commitment, with the Conservative manifesto promising to maintain funding for fisheries across the UK’s nations throughout the Parliament and support the regeneration of coastal communities.

I want to encourage tradespeople to get certified by TrustMark so they can access a range of new work installing energy efficiency measures over the coming months. Only TrustMark-registered businesses can be a Green Homes Grant installer which means they must qualify against Publicly Available Sp