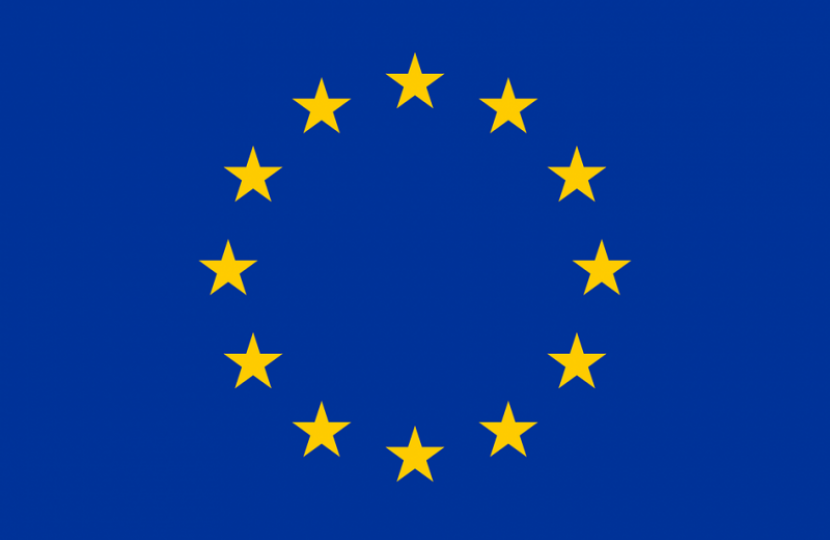 In the run up to June 23rd I made my position on the EU quite clear. I was a Remainer, not least because I feared a domino effect throughout the EU and the rest of the world. However, as soon as the results were declared in the early hours of June 24th, I vowed to put my own views aside in the interests of democracy. It’s not that I suddenly became an ardent Brexiteer overnight, far from it, but I do accept that the people have spoken and it is therefore incumbent on all of us to honour that decision.

The first stage of the leaving process will be when the Government evokes Article 50, which the Prime Minister has said she intends to do by the end of March 2017. Mrs May has said that she is determined not to allow this timetable to be derailed despite a High Court ruling, brought by businesswoman Gina Miller, that Parliament must have a say in when Article 50 is triggered. The matter goes to the Supreme Court in a few weeks and the Government says it is confident that it will succeed. My own view on this is clear. Parliament voted by 6:1 in favour of holding a referendum, it was approved by the House of Lords and received Royal Assent in December 2015, so it would be wholly undemocratic to overturn that decision by one means or another.

However, if there were to be a vote, I would now vote unconditionally to exit. I believe that the majority of my colleagues on both sides of the House would do likewise. It needs to be clear cut, otherwise the arguments on which type of exit the UK should strive for would go on for an eternity. We would probably never find common ground, pushing the process back, creating more uncertainty or, worse, making leaving the EU an impossibility.

A lengthy debate in the House of Commons would only serve to reveal our hand and expose our worst fears. None of us, not even the most ardent Brexiteer, believes that the negotiations will be easy – that’s not to say impossible – but what good would it do to show our negotiating hand and wash our dirty linen in public? On the contrary, we need to be seen to be confident about our new deal with Europe and our future place in the world.

Then, there are the French and German elections next year which, if we haven’t already started the process, could further slow it down and could change the whole face of our negotiations, and indeed, who we are negotiating with. What sense setting out our deal today when the sands are shifting significantly across Europe? It’s not outside the realms of possibility, given Brexit and Donald Trump’s election victory, that France’s far-right populist, Front National, led by Marine le Pen, could win in the Presidential elections next May. It’s not likely but it certainly can’t be ruled out. There’s a similar move towards populist politics in Germany, Austria, Holland and Italy. Brussels needs to sit up and take note.

So what kind of a deal are we likely to get? Our number one red line is control over migration, which means the UK Government needs to have total control of the controls over migration. We would decide who does and doesn’t come into our country. UK law would be supreme and could no longer be overruled by the European Court of Justice. Some sectors, such as financial services, may stay inside the Single Market which would resolve thorny issues such as passporting rights, which allow businesses to offer services to other EU countries, whilst only having to follow one set of regulations.

Another idea that has been mooted by Sir Paul Tucker, former deputy governor of the Bank of England, is a form of continental partnership. The result would be a Europe with an inner circle of the EU, with deep and political integration, and an outer circle (which the UK would be part of) including a common market in goods and services. It would mean, however, that the UK would have to make a contribution to the EU and abide by some of its rules. There is some merit in this idea and it is worth looking at more closely.

We certainly have a lot to negotiate with. All but 5 of the remaining 27 EU nations would face more tariffs on exports to the UK, than British companies trading in the other direction, according to Civitas. German companies would face costs of £3.4 billion under WTO rules whilst UK exporters would face £0.9 billion of tariffs on goods heading to Germany and French exporters facing £1.4 billion. However, simply walking away and relying on World Trade Organisation rules would be damaging for all our economies. Whatever we agree, it has to be a deal which is good for the EU and for the UK. The economic and security implications of a collapse of the EU would be catastrophic.

I think the Prime Minister was right to wait to trigger Article 50, but also right now to be clear about a timetable to deliver it, and I think she is absolutely the right person to lead us through these challenging times. I have every confidence in our future. We must respect the public decision, get on with it and make the most of it.