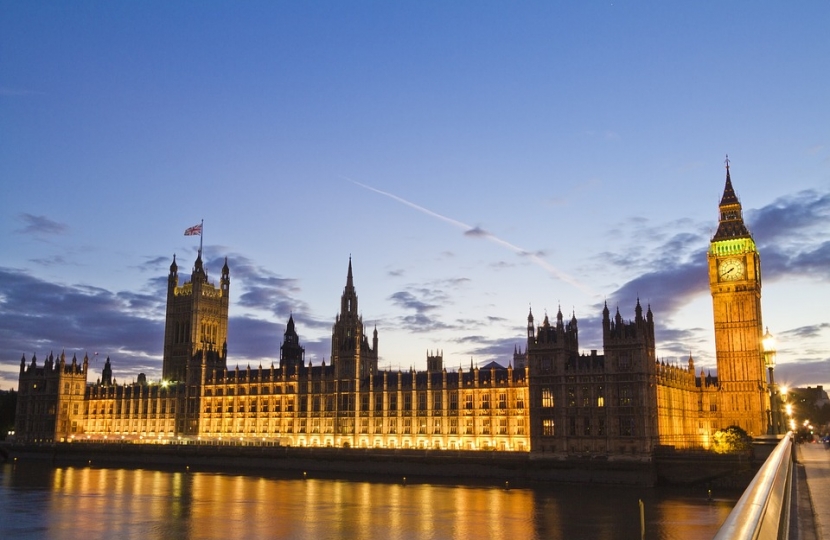 It’s been another extraordinary two weeks in Parliament. The choice as to whether we should leave the EU has, of course, been one of the most important decisions any of us will ever have to make. We shouldn’t forget this. But setting this aside just for one moment, there is no doubt that it has also provided us with a political drama which we will remember for years to come and which will certainly earn itself a prominent place in our history books.

It all started with the Supreme Court ruling on January 24th. It came as no surprise to anyone that 8, out of the 11 judges, ruled that Parliament must be consulted on whether or not to trigger Article 50.

And so consulted we were, just one week later.

On our side of the benches there was only one dissenter. All, but Ken Clarke, a man I admire enormously (although I believe to be wrong on this occasion), agreed it would be undemocratic and plain wrong not to respect the verdict of the British people, whatever our own private views. Not so on the Labour benches. Although three out of four Labour MPs voted with us and in accordance with the three-line whip imposed by their leader (giving the Government a majority of more than 380), there was drama, tensions and late night phone calls as 13 shadow ministers resigned in quick succession, leaving their front benches more depleted than ever.

Not for one moment did I doubt that I was doing the right thing. I was proud that we, in Parliament, who had voted to give the British people the right to decide by a majority of more than 480 in June 2015, were standing by the public’s verdict. After all, as the Prime Minister said many times, Brexit means Brexit.  Real democracy has prevailed, as indeed it should.

Of course that wasn’t the end of it. It was followed swiftly by a White Paper setting out the Government’s plans and this week we were back to vote on a number of opposition amendments. Despite a mini Tory revolt (7 in total) the Government killed off every amendment to the Article 50 Bill that got a vote. Whilst Diane Abbot, a staunch ally of Jeremy Corbyn, suffered a last minute debilitating migraine, Conservative MPs were being bussed in from their posh fundraising ball, whilst a cancer stricken colleague admirably left hospital to vote in support of his constituents.

In the end the Prime Minister did make one concession. Instead of Parliament getting a vote before the new deal is signed off and therefore laying bear our negotiating position to our European counterparts, MPs will be given a vote before the conclusion of the deal in 2019. However, there is a sting in the tail. It will be a ‘take it or leave it’ vote. If we reject it, then there will be no deal with the EU and we will revert to WTO rules. This is an option which we will, if it comes to it, make work, but which would not be as good as a deal negotiated in the best interests of the UK and the EU, our biggest trading partner.

So what a week for the PM. Who would have thought that the Conservatives, who have for as long as most of us can remember allowed the EU to tear us apart, would be united at last. The concession was also, in my opinion, a clever move  and shows why we were right to choose Theresa May as our Prime Minister. It tells our European friends before the negotiations even begin, that we will not reveal our hand and we will walk away if the deal is not right for us. Mrs May and her team will stand firm and will not be pushed into a corner. I have every confidence that they will negotiate the best possible deal for both the UK and the EU.

Of course, whilst this was all going on, the debate as to whether President Trump should come to the UK, be given the privilege of a State visit and speak in Parliament continued both in Parliament and in the media. The frenzy of arguments reached a peak when The Speaker, John Bercow, announced out of the blue, that Mr Trump should not be given the honour of addressing MPs in Westminster Hall. The role of The Speaker is one of total neutrality. So there were some who called his position into question. I think this is a matter for him. However, of one thing I am certain, President Trump is the elected President of the United States, our greatest ally. We should not turn him away and we should not be discourteous. But where we disagree, and I disagree strongly with his ban on Muslims into the US, we should not be afraid to say so. We should use diplomatic channels and protests to make our views heard and not bang the door shut on a man who was elected in a fair and democratic vote, which we have ourselves proved only this week is something we value above all else.