A Budget for security today and prosperity tomorrow 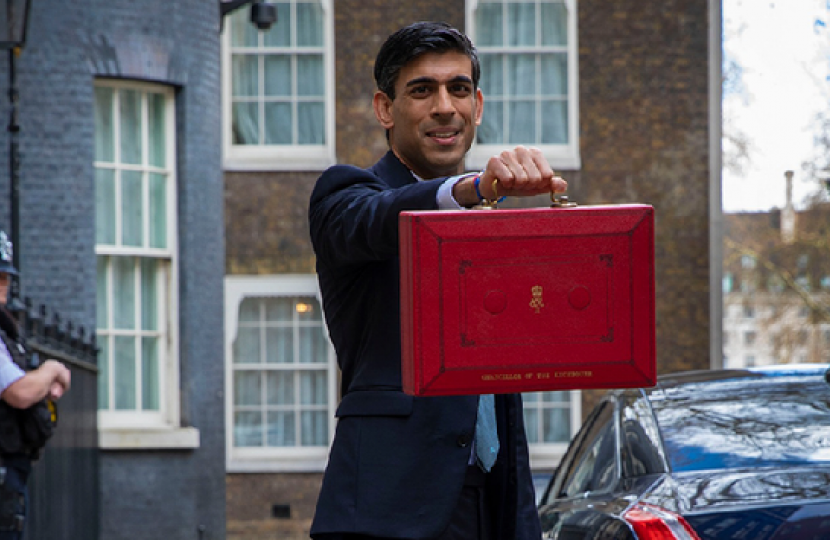 I welcome today’s Budget which promised a £30 billion package to help the economy to respond to coronavirus whilst investing in infrastructure, the NHS and public services across Yorkshire. In total, around £640 billion of gross capital investment will be provided for roads, railways, communications, schools, hospitals and power networks across the UK by 2024-25.

This Budget delivers on the Government’s promise to level up, something I have been campaigning for since I became an MP in 2015. Investment will reach record levels over the next five years benefitting families and businesses across Thirsk and Malton. I am delighted that we have set out measures to support families and help them with the cost of living, while continuing to invest in Britain’s future responsibly, laying the foundations for a decade of growth and prosperity.

The Chancellor Rishi Sunak MP, in his first ever Budget, told the Commons that the Government “would do everything it can to keep the country healthy” despite the coronavirus outbreak. He acknowledged that “although there would be temporary disruption, we would get through this together”. Mr Sunak said that “whatever extra resources the NHS needs, it will get whether it is millions or billions, we will stand by the NHS”. He promised a £5 billion emergency fund for the NHS and £7 billion for businesses and families. He said there would be statutory sick pay for individuals who self-isolated from the first day and, for those who are self-employed or in the gig economy, it would be quicker and easier to access benefits. Mr Sunak announced £2 billion of sick-pay rebates for up to two million small business with fewer than 250 employees.

The Budget also delivered on the Government’s promise to level up every region and nation of the UK and to invest in communities across the country. This includes boosting spending on major roads by £400 million between 2020-2025; £53 million in additional funding for local road maintenance through the Potholes Fund; £1 million to connect more people to full fibre broadband, part of the third wave of the Local Full Fibre Networks Challenge Fund and £304 million to help local authorities improve air quality.

There was some good news for everyone. The Government is scrapping business rates for small venues and shops this year. This will benefit bed and breakfasts, gyms and leisure centres below a rateable value of £51,000 across Thirsk and Malton which will now pay no business rates, saving around £21,000 a year.

The National Living Wage goes up by 6.2 percent to £8.72 from April and National Insurance threshold will rise from £8,632 to £9,500. Altogether this means that with changes to income tax the typical full time worker will be £5,200 better off than in 2010; fuel duty will be frozen for the 10th consecutive year; duties on sprits, beer, cider and wine will be frozen and business rate discounts for pubs will rise from £1,000 to £5,000 this year.

I am also delighted that £1 billion has been set aside for a new build safety fund to prevent disasters like the Grenfell Tower fire, something that he campaigned hard for in his role as a member of the Housing, Communities and Local Government Select Committee.

There are measures to help reduce climate change. A plastic packaging tax to come into force from April 2022 and manufacturers and importers whose products have less than 30% recyclable material will be charged £200 per tonne. Fuel subsidies for off-road vehicles known as red diesel will be scrapped except for farmers and rail operators and there will be a £640 million Nature for Climate Fund to protect natural habitats, including 30,000 hectares of new trees.