Honoured to take my seat in Westminster for the third time 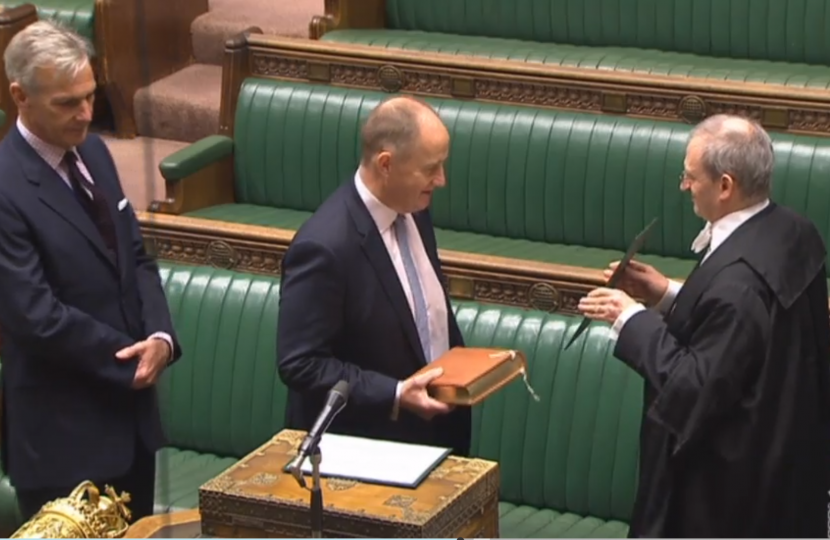 Today I was sworn in as Thirsk and Malton’s MP. I was delighted to have won one of the biggest majorities in the country in last week’s General Election. I was elected with a majority of more than 25,000 votes, that’s 6,000 more than in 2017 and secured 63% of the total votes cast, the highest share since 1970. This is the third election I have been proud to fight and win in less than five years.

I am honoured to have been re-elected to serve the people of Thirsk and Malton and am very grateful to everyone who voted for me and helped me during the campaign. I am here, of course, for all the residents of this constituency, whatever their political views and allegiances. I will continue to work hard to achieve a fairer deal for Thirsk, Malton & Filey, a fairer deal for the North and a fairer society. Many people who voted for us are not traditional Conservatives to do so we must focus on investing in the North of England, the NHS, our schools, our police forces, housing and reducing the need and use of food banks and homelessness.

The Queen will deliver her speech tomorrow outlining the Prime Minister’s ambitions for this Parliament. It is expected to include delivering Brexit and pumping millions of extra pounds into the NHS by enshrining in law the first multi-year funding settlement leading to a £33 billion per year cash increase (£20bn+ in real terms) in the health service budget by 2024, tougher sentences for serious criminals, restrict trade union strikes on services such as health and transport and greater security of tenure for people who rent properties.