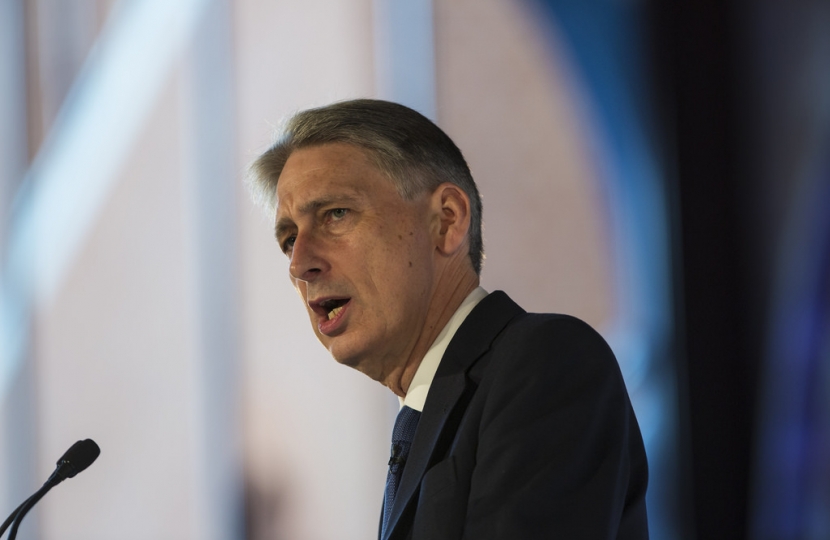 I very much welcome the Chancellor’s announcement today that there will be no increases in National Insurance contribution for the self-employed in this Parliament. Once again, it shows that the Chancellor is prepared to listen to his colleagues on the back benches, some of whom were concerned, as I was, that it was not in keeping with the spirit of the commitments made in the 2015 manifesto, that there would be no tax rises in this Parliament.

I am a huge supporter of businesses both big and small, which I believe to be the backbone of our economy. So I very much understand the concerns that many people have about the need to support small business in particular. This government has done this. It has introduced significant tax reductions and support for small business through the abolition of business rates for small premises which has lifted 600,000 small businesses out of the rates system altogether - an individual saving of around £6,000 for each business. It has introduced the employment allowance, a £3,000 per year saving for businesses, at a total cost to the taxpayer of over £13bn in this parliament. For the first time, self- employed people will have equal access to the new state pension and potentially other benefits.

The Chancellor confirmed today that he will be consulting over the summer on options to address the principle outstanding difference in benefit entitlement between employed and self-employed. Once this work has been completed he will set out how he intends to take forward and fund reforms.