Key achievements for the people of Thirsk and Malton 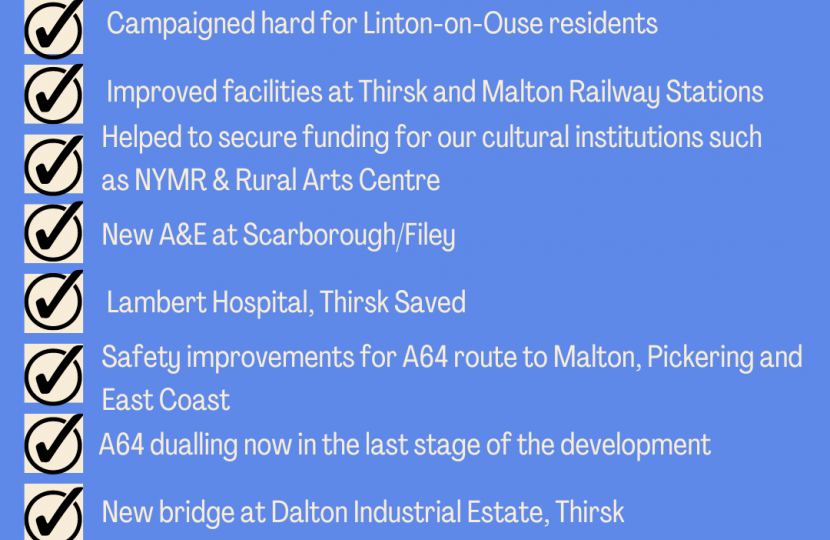 Some of the Things We’ve Achieved So Far

A Fairer Deal for the North

More on the way

A Fairer Deal for the North