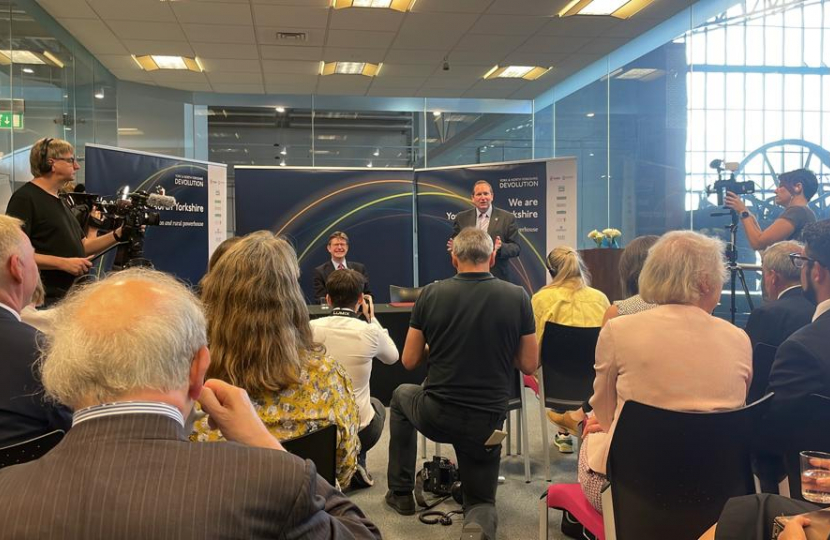 On Yorkshire Day, I’m pleased the landmark devolution deal to York and North Yorkshire, including a new elected mayor, has been signed by Secretary of State, Greg Clark, at the National Railway Museum in York. As someone who has campaigned for a fairer deal for the north since being elected, this will return power back to local people and bring vital investment to the area.

It will create a new combined authority across the area with a directly elected mayor and will devolve a range of powers and responsibilities to better address specific needs within the region.