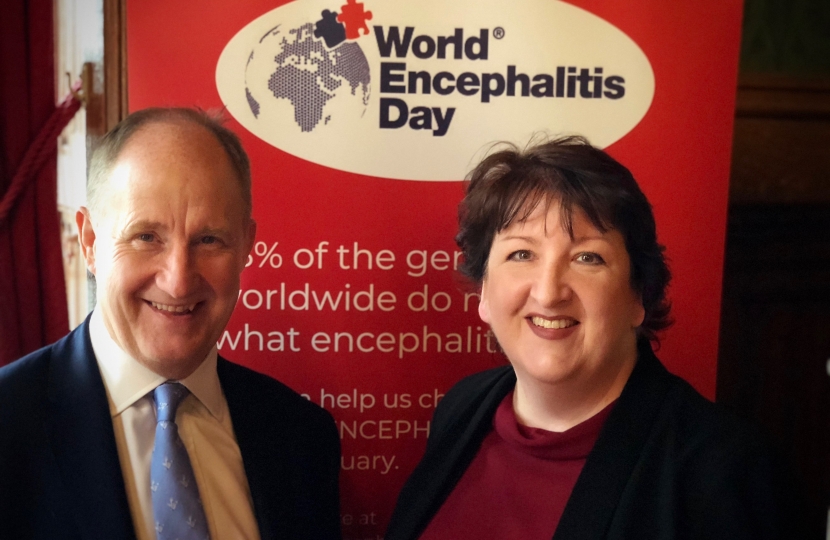 I was honoured to join my predecessor, Baroness McIntosh of Pickering, at the launch of the Encephalitis Society’s global awareness campaign in the House of Lords. The charity, which is based on Castlegate in Malton, provides direct support and information to people affected by encephalitis and to their family and friends. Encephalitis is inflammation of the brain and is caused either by an infection invading the brain or through the immune system attacking the brain in error.

I was told that 78 percent of people do not know what encephalitis is, despite the fact that it effects 500,000 people each year. It’s a terrible condition striking adults and children alike, showing no respect for age, gender, ethnic origin or culture.  Mortality rates are high and in those who survive many are left with an acquired brain injury, the degree and severity of which will vary. That’s why the work of this charity, which was established in 1994, is so important.

This year’s campaign which leads up to World Encephalitis Day on February 22nd invites people to download its award-winning smartphone App and take part in a virtual journey to key locations relevant to the condition. Supporters are also being encouraged to wear something red on World Encephalitis Day and share their photos on social media, telling their friends and followers about the condition and why it is important to them.

The charity’s Chief Executive Dr Ava Easton (pictured) said: “We are very proud of what we have achieved with World Encephalitis Day over the past several years. The Encephalitis Society reaches tens of millions of people through our campaign each year and, slowly but surely, we are confident we will live in a world where the vast majority of the public are aware of encephalitis.”