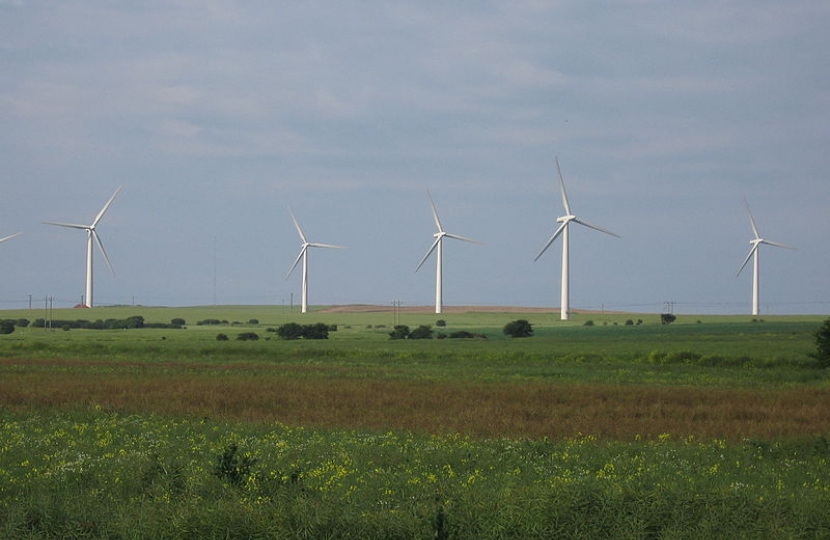 I have added my signature to a cross-party letter to the Prime Minister asking her to undo the blocks the government has placed on onshore wind energy. I am happy to lend my support to 10:10 Climate Action and Power for People, who are coordinating the letter.

The letter, which has been signed by 34 MPs, including 12 Conservatives, highlights that onshore wind is supported by over three quarters of the UK public, and is our cheapest energy source. Despite public concern about climate change reaching a ten year high, since 2015 government policy has prevented new onshore wind turbines from being built. In light of this, I am calling on the government to amend planning and energy policy to allow new projects to be brought forward.

Ellie Roberts, Campaign Manager at 10:10 Climate Action, said, “We’re delighted that Kevin Hollinrake is standing up for onshore wind. For years, new wind projects have been grinding to a halt due to government blocks - just at the moment we need to be stepping up our action on climate change.”

Steve Shaw, Director of Power for People, said, “By signing this letter, Kevin Hollinrake is helping bring back one of our cheapest and most popular renewables. We warmly welcome their support for onshore wind”.

Onshore wind is a key part of decarbonising the UK’s energy system - and even has potential to bring down energy bills for consumers because of its low cost. I will do all I can to support onshore wind and ensure these changes are realised.