Throwing my hat in the ring for high profile parliamentary job 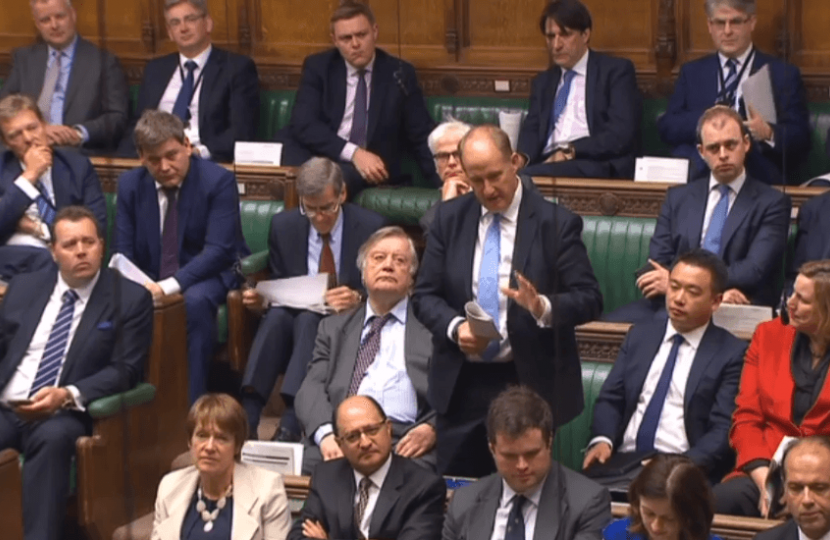 I shall be seeking nominations for the prestigious chairmanship of the Treasury Select Committee when the House of Commons returns in September. It is widely accepted as the most important of the Parliamentary Select Committees and examines the expenditure, administration and policy of HM Treasury and its associated bodies such as HM Revenue and Customs and the Bank of England.

The position, which was previously held by Rt Hon Nicky Morgan MP, who is currently Secretary of State in the Department of Culture, Media and Sport, will be hotly contested but I am confident that I have the necessary background and qualifications for this role. I have a strong record of holding the Treasury, banks and FCA (Financial Conduct Authority), to account and of developing compensation schemes as the co-Chair of the APPG for Fair Business Banking since 2017. I have also a clear understanding of economics thanks to 27 years of building a business from a start-up to an AIM-listed national network employing around 1,000 people as well as extensive experience of Select Committee work, having been a member of the Housing Communities and Local Government Committee since 2015. In addition I believe I could command the respect of opposition MPs, as well as those on the Conservative side of the House with my balanced, non-partisan, robust, Yorkshire straight talking approach, which I believe would give me the authority to fulfil this role.

With the Brexit deadline only months away the role of Chairman of the Treasury Select Committee takes on even greater significance as it will be responsible for holding ministers and Whitehall to account for the Government’s Brexit policy. I voted to remain in the 2016 Referendum but I have always maintained that Parliament has a duty to the British people to deliver Brexit. In recent weeks I have supported the new Prime Minister’s stance that ‘no deal’ should be left on the table for negotiating purposes. However, this is not the outcome that I want. If we are going to be successful in our negotiations we need to offer an alternative solution to ‘no deal’ such as the one advocated by my colleague, George Eustice MP. This involves a compromise scenario in which the UK relies on our existing treaty rights to the EEA (European Economic Area) and allows us to re-join EFTA (European Union Free Trade Association) as our exit mechanism. This means we would be outside the Customs Union, with an independent trade policy but would have a ready-made free trade agreement and have full control of agriculture and fisheries.

As Chair of the Treasury Select Committee I would want to prioritise scrutinising and challenging the Treasury’s no deal preparations rather than accepting its analysis. I would want to know which preparations are on track, where there is work to be done and what is being done to ensure we are ready to leave without a deal so that everyone knows where we stand.

I would also focus on levelling the playing field between consumers/SMEs and financial institutions; rebalancing the economy via regional investment and devolution; tackling aggressive tax avoidance and simplifying the tax system including reform of business rates, income and corporation tax and climate change, the green economy, a new green deal that focuses on the impact that finance has on the environment and our obligations with regard to the Sustainable Development Goals.

Nominations for the Chair of the Treasury Select Committee will open in September when the House returns.